The auction will be held in Ahlers & Ogletree’s Atlanta showroom, as well as online via several bidding platforms. Extended previews will be by appointment only.


Atlanta, GA, USA, August 21, 2020 -- Items from the spectacular Atlanta estate home known as White Oaks, featuring decorative arts from high-end retailers and world-class auctions, will be sold in a two-session auction on Saturday and Sunday, September 12th and 13th, by Ahlers & Ogletree, live in the gallery at 700 Miami Circle in Atlanta, plus online via several popular bidding platforms. 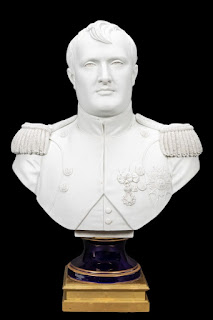 The White Oaks estate is bursting with fine decorative arts from names like Steuben, Baccarat, Hermes, Christofle, Tiffany & Company, Lalique, Ralph Lauren Collection, Buccellati, Moser, Fornasetti and Asprey; as well as fine antiques from the Doris Duke Collection, acquired from around the world and previously sold at Christies.

An expected top lot is a portrait of Oonagh Guinness by Philip de Laszlo (Austro-Hungarian, 1869-1937). Oonagh Guinness (1910-1995) was an Anglo-Irish socialite, society hostess and art collector, and the second wife of Dominick Browne, 4th Baron Oranmore and Browne. Until her death in 1995, the portrait hung in the drawing room at Luggala. It was sold as part of her estate and for years its whereabouts were unknown until recently, even by the de Laszlo Foundation. The painting, done in 1931, is signed and dated and has a pre-sale estimate of $30,000-$60,000.

Also expected to bring $30,000-$60,000 are a monumental pair of Chinese Ming dynasty (1368-1644) tileworks of Buddhist lions, from the Doris Duke estate. The ochre, turquoise and aubergine glazed tileworks depict seated Buddhist lion figures on stands, the female with a cub under her right paw and the male with his left paw resting on a ribboned brocade ball. Each is raised on a separate waisted plinth. They were last sold at Christie’s in June 2004 for $83,650.

The sale features 11 armorial helmets from Britain and Europe. One expected to attract keen bidder attention is a Saxon Garde-Reiter regiment officer’s helmet with a parade lion, made circa 1893-1894 (est. $7,000-$9,000). The lobster tail helmet has a gilt metal skull with silver metal trim, surmounted by a roaring silvered lion holding a cartouche with “AR” (Augustus Rex) cypher. The front star plate shows the arms of Saxony, and there are chin scales to the visor.

An exquisite 20th century Buccellati silver figure of an eagle perched on a naturalistic stump, 28 inches tall, marked to the back of the tailfeather with maker’s mark, rare in that it’s sterling and not 800 silver, should reach $20,000-$30,000. Also, a group of three Greco-Roman style sterling silver covered tureens from the mid-19th century with helmet-form finial and ram’s head handles, marked “Tiffany & Co” and weighing a total of 100.43 ozt, carries an estimate of $7,000-$9,000.

A hand-colored engraving on elephant folio paper by John James Audubon (American, 1785-1851), depicting The Bird of Washington or Great American Sea Eagle, Havell Edition No. 3, Plate 11 from The Birds of America, should realize $6,000-$12,000. Also, an oil on canvas still life painting by Peter van Artens (Argentina, 1937-2003), titled Melons, showing sliced fruit, signed lower right and with a gallery label on the back, is expected to fetch $5,000-$8,000.

A continental 18th century scarlet and gilt japanned double bonnet secretary from the Doris Duke collection, incorporating double cornice, mirrored doors and a slant-front desk and decorated with gilt chinoiserie landscapes throughout, should sell for $30,000-$60,000. Also, a large pair of Chinese Tang dynasty (618-907 AD) polychrome painted pottery prancing horses, one of three pairs of ancient Chinese pottery horses in the sale, carries a pre-sale estimate of $3,000-$6,000.

Online bidding will be provided by LiveAuctioneers.com, Bidsquare.com, Invaluable.com and Hibid.com. Auction previews will be held in the gallery by appointment only, from Saturday, September 5th, thru Friday, September 11th. To schedule an appointment, call 404-869-2478.

Start times both auction days are 10 am Eastern. The Ahlers & Ogletree staff will be taking strict safety measures due to COVID-19. Masks are kindly requested. Phone and absentee bids will be accepted. To join the A&O email list for info on upcoming sales visit www.AandOauctions.com.